These twins named `most beautiful in the world`...

These twins named `most beautiful in the world`

These twins named `most beautiful in the world`

Jaqi and her husband Kevin Clements delivered a pair of beautiful and healthy twins in 2010 and named the two girls Ava Marie and Leah Rose. As they’ve gotten older the young girls have developed an unparalleled beauty and thus attracted attention from all over the world.

As they grew up, they gradually became professional models with the help of their mother. Here, let's scroll through the pictures to learn about their extraordinary childhood.

1. The Twins Come Earlier Than The Couple Expected
On July 7, 2010, Jaqi Clements had a surprise visit from her newborn twin girls. The twins came four and a half weeks early, and their arrival brought a drastic change to the family’s lives.

2. They're Stars From The Start
It didn't take long for family and strangers to notice that the twins' appearances were striking. Their skin was smooth, their hair had an uncommon silky texture, and their utterly symmetrical faces made them even more attractive. Therefore, they were never short of compliments.

3. They Were Born To Be Models
Everyone said the same thing: that these girls should be models, as they're adorable, beautiful and utterly distinctive. Therefore, their mother decided to take a shot at starting the girls' modeling careers. 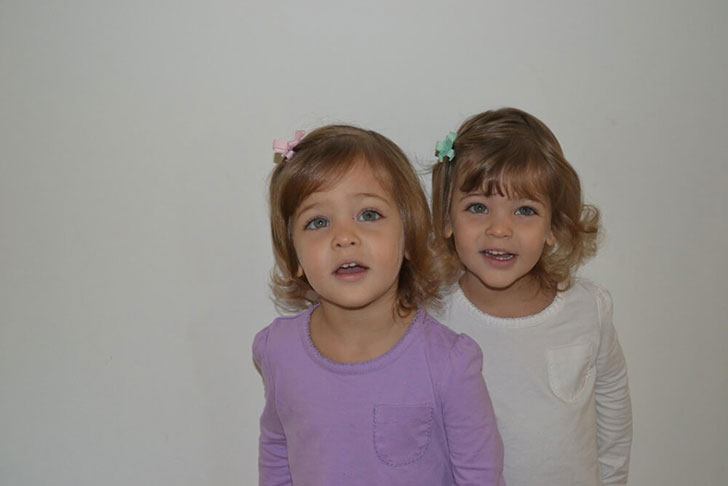 4. Mother Struggled With The Twin's Modeling Work As There Were Three Kids To Take Care Of
Jaqi accepted advice and helped the twins signed up with an agency in Los Angeles to start them off with modeling work. However, she already had a two-year-old son to take care of. It was hard for her to get out of the door most days and she realized that it wasn't the time. Thus their first attempt only lasted three months.

5. They Come Back The Normal Life
Jaqi felt it might be too early to push the girls into the modeling career, even though the thought was enticing. She chose instead to bring up the twins alongside their peers and the whole family into a normal life. But that wouldn’t prove to be the end of it.

6. Mother Wanted To Respect Kids' Willingness
Involved in the hectic schedule of caring for three children, Jaqi almost had no time to think about the modeling thing, but the twins weren't ready to let it go after that three-month modeling experience. The twins' performances make Jaqi reconsider her decision, and she finally made sure that Ava and Leah had a say.

7. Mother Was Waiting For The Right Moment
The question is how can you really know the kids' opinion whilst they're still toddlers. They can't make their own decisions or even clearly voice them. The only language the kids spoke were tears. So as a result Jaqi and her husband decided to wait for the time when the twins could decide on their own. 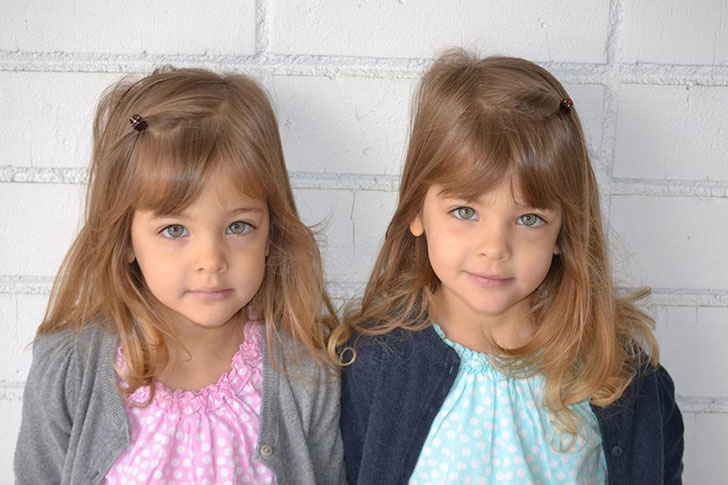 8. When Will Be The Right Moment
Jaqi said seven was her lucky number, and girls' birthdays are precisely on 7/7. So, she thought, it would be a good time when girls were seven years old.

9. Asking Girls’ Opinion
On Ava’s and Leah’s birthday, Jaqi said, “I presented my idea to the girls that, if they were up for it, in addition to their dance classes and swim team practices they had every week, they could give modeling a try.”

10. Girls Were Ready For Action
Guess how girls responded to Jaqi’s words? They started jumping up and down and couldn’t wait to begin, as soon as she mentioned it. The twins were totally up for modeling.

11. The Modeling Kicks Off Again
Luckily, Jaqi’s neighbor had recently opened a children’s boutique and needed some models to help market it. So, the twins got this great opportunity and re-started their modeling life. 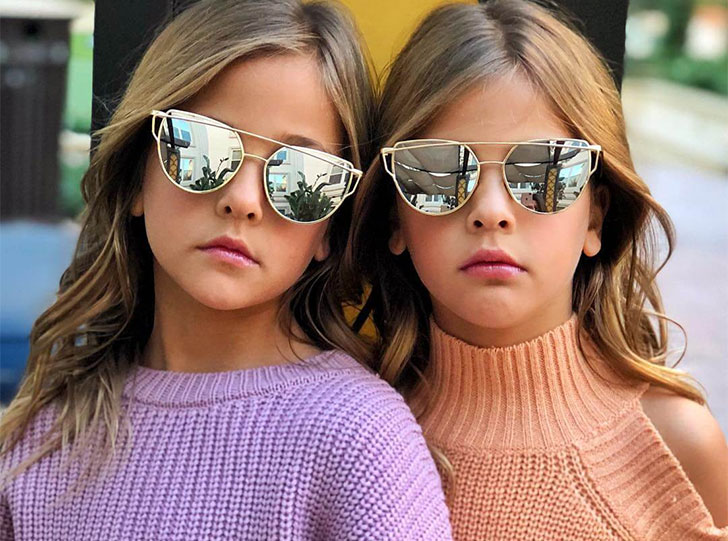 12. Mother Tried To Slow Down The Process
The girls were still young. Having them put on loads of makeup and wear a collection of pretty clothes could be detrimental to their development. So, Jaqi took matters into her hands and tried to slow things down. She gave the children simple makeup and took pictures by herself.

13. Things Were Not Going Smooth
The girls liked the modeling job, but this didn’t mean they knew how to model at the very beginning. Some things take time. Besides, they had quarrels and fights that inevitably influenced the shoot.

14. Getting Back With An Agency
As times went by, the whole family were fully engaged in the modeling train, so they went back in order to get the girls signed up with an agent. Jaqi worried it would be difficult to find one since it had been six years from the first attempt, but to her surprise, this process went exceptionally well, and they signed with two agencies in the end.

15. Social Media Explosion
Jaqi started an Instagram for the girls called @clementstwins in July of 2017, and this account has achieved great success with thousands of followers, even though the initial goal of this account was to serve as a portfolio for agencies and to gain a fanbase. 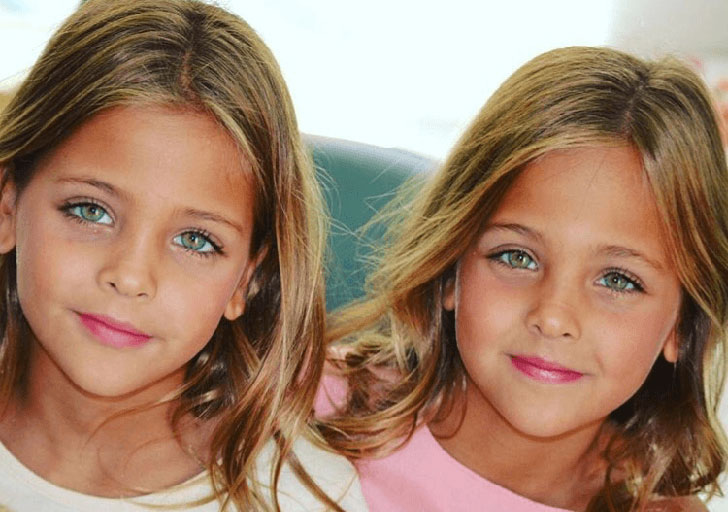 16. Knowing More About The Modeling Business
Jaqi had no prior knowledge before diving in the business. As times went on, she learned more about the business and saw both the highs and lows. She says the most important thing she’s learned, “is before trusting someone to guide you, make sure you know who you are getting involved with.”

17. How To Find The Right Guidance
Jaqi believes that you should follow your heart and ask yourself before working with someone and doing thorough research to find the right guidance. The right direction will pay off in the long run, and it also needs your careful consideration.

18. Confronting Unjust Criticism
Some commenters have said the girls looked sad all the time, and some even took this to mean they were being forced to model and they weren’t having fun. Jaqi responded by saying some photo shoots were supposed to be more solemn than others and that they were far from sad in the modeling job.

19. The Girls Do Other Things Than Just Model
Although girls have spent lots of time in modeling, the twins still are average little girls. They always like to goof around during photo shoots, make music playlists in the car, and even get on each other’s nerves.

20. They Make A Lot Of Friends
The twins have met many girls in the modeling industry and made a lot of friends. Once they made a new “friend” after just 10 minutes at an audition, and asked their mom if this new friend could be their cousin. 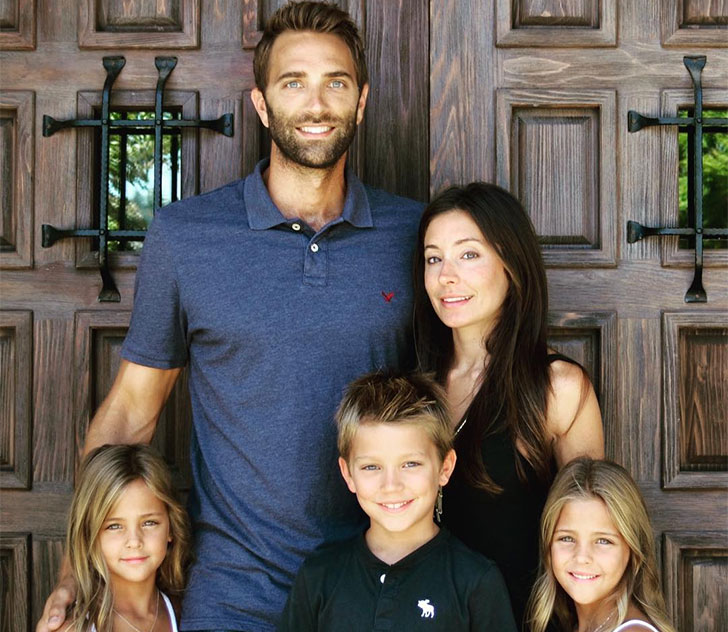 21. Best Blesses To Girls And Their Family
The girls might still have a long way to go since they’re still very young. We all wish that they can grow up happily and will both have a bright future.

Smoky ghosts city: fire has been burning for 50 years

Over 200,000 drafted into army since Putin’s decree: Russia